Let’s Stop and Think About the Sabbath 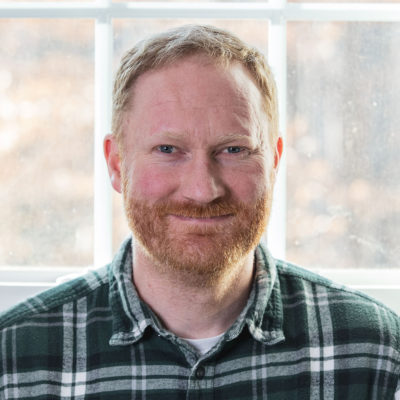 You might be familiar with the Ten Commandments, even if you don’t have them memorized.  There’s one that doesn’t get quite the attention of Christians as perhaps it should.  It’s found in Exodus 20:8-11 (ESV):

“Remember the Sabbath day, to keep it holy. Six days you shall labor, and do all your work, but the seventh day is a Sabbath to the LORD your God. On it you shall not do any work, you, or your son, or your daughter, your male servant, or your female servant, or your livestock, or the sojourner who is within your gates. For in six days the LORD made heaven and earth, the sea, and all that is in them, and rested on the seventh day. Therefore the LORD blessed the Sabbath day and made it holy.”

I think most of us have just equated Sunday (the Lord’s Day, the day of Jesus’ resurrection) as our Sabbath day.  I also think that even though Paul says that we should not let others pass judgment on observance of sacred days like the Sabbath (Colossians 2:16-17), we would be wise to practice a rest in our lives every seven days.  But I want to dive into the beauty of this Sabbath command and find out there’s far more going on.

First of all, let’s examine what the word means.  The word sabbath comes from the Hebrew word shabbat, and it simply means “stop.”  Second, we should see that the Sabbath is not first a command.  It is first a theme – a thread that runs through the story of the Bible.  In fact, as the passage above alludes to, we see this thread start on page 1 of the Bible.  As you read the opening narrative and creation account in Genesis 1, you see this beautifully crafted story of the days of creation.  Each evening and morning for six days, God is speaking a beautiful world into existence, crowned on the sixth day with humans, his image bearers.  The seventh day is unique.  No mention of evening and morning is given.  God stops from his work and fills his creation with his life and love.  Even in this part of the narrative, God has declared something sacred – a day of rest and settling in.  Humans are called to settle into this world as well with God’s blessing.

Of course, humans barely make it to page 2 before it all comes crashing down with their rejection of God’s rule and wisdom.  Rest is lost; life is now a struggle.  The story of Genesis and Exodus leads us down the road of the family of Abraham, how they became slaves in Egypt, and how God has released them from that slavery. It’s important to have this narrative in our heads as we read Exodus 20.  God isn’t telling them to rest on the Sabbath “because I said so.”  He desperately wants them to trust in his wisdom from the beginning of creation, that a day is designated as unique from all the others to stop from their work and remember that God is the one who graciously gives all days to enjoy.  He also wants them to remember that they once were being ground to the dirt in slavery until he delivered them.  Look at Moses’ declaration of this command again in Deuteronomy 5:12-15 (ESV):

Notice the difference at the end between this and Exodus 20.  The reason in Exodus was because God created the world in six days and rested.  The reason in Deuteronomy is to remember they were slaves that were rescued.  They had spent 400 years in slavery, most likely working every single day or at least multiple weeks in a row.  The Sabbath command is not given as a burden.  It’s exactly the opposite; it’s an invitation to rest along with all your family and servants.

As the BibleProject video demonstrates in dynamic ways, the Sabbath day was just one piece of the puzzle where the number 7 and rest/release comes into play.  There were 7 Jewish feasts to be remembered and celebrated.  Every 7 years, debts were forgiven, and slaves were set free.  Even the ground was given a rest from growing crops every 7 years.  Every 49 years (7 x 7), a special year called Jubilee was celebrated as the culmination in the following year.  Land that had been sold to pay off any debts was given back to their original owners.  This was radical for the ancient world.  Pretty much every time the number 7 shows up in the Jewish calendar, some form of rest and release is enjoyed.  It’s so beautiful to think of.  If the family of Israel lives by these commands, they will be a people known for their rest and their generosity in giving rest to others from work, debt, poverty, and burdens.

But like their first parents, Israel does not live up to this ideal.  They profane the Sabbaths (Ezekiel 20).  There is no mention in the Scriptures that Israel ever followed these commands regarding the rest and release of the 7’s.  The result: they were taken into exile; back into slavery, away from the rest of the Lord.  They had refused to give each other and the land rest, so God made a way that the land would have rest from them in exile (2 Chronicles 36:20-21).  And even when they returned to the land, there was an edge to their rest.  They were constantly occupied and ruled over by foreign empires.  The seventh-day rest of Eden had become a longing in their hearts.

As we turn to the New Testament, our eyes fix on Jesus.  How did he handle the Sabbath?  We’re probably familiar with the stories of Jesus healing on the Sabbath and defending his disciples picking grain to eat on the Sabbath, as though he was above those rules or doing away with the Old Testament system.  But that would not be accurate.  Jesus himself said in Matthew 5:17-22 that he did not come to abolish the Law and the Prophets, but to fulfill them.  Jesus cannot fulfill something he categorically rejects.  He would have practiced Shabbot, though not by the rigid rules that men had steeped upon it.

But it is too easy to get caught up on those points and miss the bigger point of what Jesus was doing.  One Sabbath day, he was given the scroll of Isaiah to read in the synagogue at Nazareth (Luke 4:16-21).  He reads from Isaiah 61:

“The Spirit of the Lord is upon me,
because he has anointed me
to proclaim good news to the poor.
He has sent me to proclaim liberty to the captives
and recovering of sight to the blind,
to set at liberty those who are oppressed,
to proclaim the year of the Lord’s favor.”

The year of the Lord’s favor he is referencing is the year of Jubilee, the year of rest and release, the year that was never practiced.  Jesus sat down and made one of his boldest claims: “Today, this Scripture has been fulfilled in your hearing.”  Jesus made the claim that he was bringing the ultimate rest.  What did Jesus go around doing?  He proclaimed rest.  Bodies were healed, sins were forgiven, and the poor received the good news of the Kingdom.  Jesus truly was fulfilling the Law in a way Israel never did.  He proclaimed to the crowds in Matthew 11:28, “Come to me all who are weary and heavy laden, and I will give you rest.”  As he told the Pharisees during one of the Sabbath confrontations, “The Son of man is lord even of the Sabbath” (Mark 2:28).  When he was crucified for the sins of us all, he was laid in a tomb on Friday afternoon to rest on (you guessed it!) the Sabbath.  Rising on the first day of the new week, he began a new creation with himself as the first fruits of it.  The resurrection of Jesus is the promise of a future rest yet to come.

Hopefully, we can see now that Sabbath rest is not a rigid command for a stubborn people.  It is a theme, a gift, and a hope for the day of ultimate rest in the kingdom of God that Jesus is bringing.   Jesus has released us from the slavery of our sin and given us the promise of a future rest.  He is bringing new heavens and new earth.  Our bodies will be resurrected, glorified, given rest and release from the presence of sin and death.  He is calling us to live as though true rest has already come.  How?  By taking time away from all of the work and labor in our lives to rest in him, his word, his teachings.  By proclaiming the year of the Lord’s favor to others who are still under the bondage of sin, being generous with our resources.

The writer of Hebrews says in 4:9-11, “So then, there remains a Sabbath rest for the people of God, for whoever has entered God’s rest has also rested from his works as God did from his.  Let us therefore strive to enter that rest.”  I love that last sentence because it seems contradictory.  In order to enter the rest, we have to strive for it.  We actually have to make hard choices every day to deny ourselves, take up our cross, and follow Jesus into that rest.

We call ourselves Refuge Church.  May we find in Jesus our true hope for refuge and rest.

For a deeper exploration of the theme of Sabbath in the Scriptures, listen to BibleProject’s podcast series: https://bibleproject.com/podcast/series/7th-day-rest-sabbath/